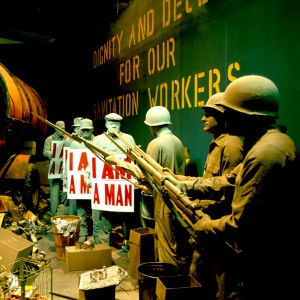 Groups exploring historic Memphis will want to be sure their itinerary includes a stop at the landmark National Civil Rights Museum, established in 1991 and located at the former Lorraine Motel, where beloved civil rights leader Dr. Martin Luther King Jr. was assassinated on April 4, 1968. This premier institution recently underwent a $27.5 million renovation, and more than 40 new films, oral histories and interactive media features joined an already robust collection, while the museum’s updated, modern design reminds visitors of its duty to keep civil rights issues moving forward and a 7,000-pound bronze signature statue, “Movement to Overcome”, featured in front of the grand staircase in the new lobby, serves as a monument to the struggles of previous generations. Through a comprehensive series of well-executed interactive exhibits including A Culture of Resistance, The Rise of Jim Crow, Is This America?, World in Transition, Join the Movement and The King’s Last Hours, important historic collections and a range of dynamic speakers and special events, a tour of the museum leads guests on an immersive journey through five centuries of history, from the dawn of the resistance and through the Civil War and reconstruction to significant events of the late 20th century that inspired people the world over to rise, step away from a heritage of stolen futures and mournful predisposition, shake off the heavy chains of segregation and stand for equality.
Share this: