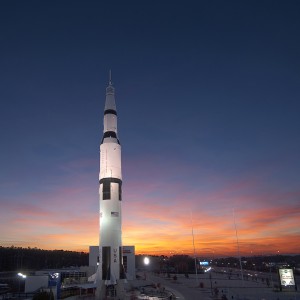 The U.S. Space and Rocket Center is located in Huntsville, Alabama. The location is the official visitor center for the NASA Flight Space Center. It contains one of the largest rocket collections in the world. Student groups can view the exhibits on display and learn about the dramatic space race. Featured exhibits include the Saturn V Hall, Rocket Park, Shuttle Park, Brick Locator, and the IMAX Spacedome Theater. Rocket Park contains 27 rockets and missiles. These rockets show how army rocketry launched America’s space program. Shuttle Park features several launch vehicles. This includes the world’s only fully-stacked Space Transportation System. Saturn V Hall has an authentic Saturn V Rocket. The rocket is one of three in the world. The U.S. Space and Rocket Center offers Children’s Workshops for student groups to enjoy. Workshops include the Science of Imagination Workshops and Saturday Scientist Workshops. The Saturday Scientist Workshops feature hands-on activities. Topics include: solar energy, precipitation, geology of space, and chemistry. The center also contains Ropes Courses. The courses promote teamwork and leadership skills. There are two courses to consider. They are the Low Ropes course and the High Ropes Course. During the Low Ropes Course, the group will do the following: brainstorm, delegate tasks, and plan for the mission. During the mission, the group will incorporate cohesive communication and trust in order to be successful. During the High Ropes program, group members will choose individual levels of difficulty. The equipment for this specific program includes the following items: a Pamper Pole Scale, a Climbing Wall, and a Zip Line. The Climbing Wall is 50 feet tall. Two people will climb this massive wall with the goal of climbing as high as possible. Bring your student group and visit this incredible space center!