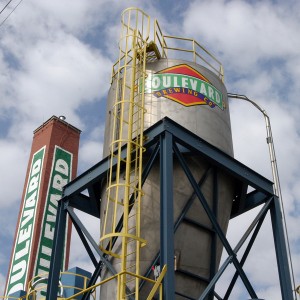 While your adult group is in Kansas City, you should visit the Boulevard Brewing Company, which was established in 1989. The company offers group tours as part of the experience. You can also purchase a variety of homemade beer and dry souvenirs. One of the tours offered is known as the Smokestack Tour. During the experience, you will be led by a bona fide beer expert. At the beginning of the tour, the group will have the opportunity to have an up-close and-personal exploration of the equipment and processes behind the company’s Smokestack series of beers. At the conclusion of the tour, you will have a tasting session and food-pairing segment. The tour is 90 minutes long. Another option is the Unfiltered Tour which is tailored for small groups. During the tour, visitors will see areas that are normally off-limits. This tour is 90 minutes in length. You will pause along the way and taste some of their eclectic offerings and receive a token of appreciation from Boulevard as an extra bonus. There is another unique tour offered which is known as the Tasting Room Tour. The Tasting Room has tap towers that rotate with a lineup of year-round core beers, seasonal offerings, a Smokestack brew or two, and occasionally brewery-exclusive test beers, and other special treats. There will be staff on hand to answer questions about their beers, the brewing process and culture. If you are a fan of souvenirs with the beer theme, Boulevard Brewing Company has plenty to offer. You will find items such as hats, scarves, hoodies, jackets, coasters, glasses and bags. They also sell a selection of beers including their popular Smokestack Series.
Share this: