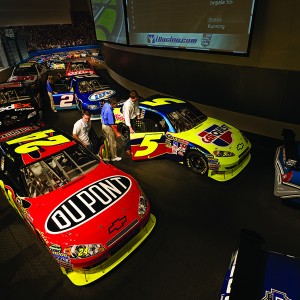 Are their members in your adult group who are hard-core NASCAR fans? If that is the case, you should visit the NASCAR Hall of Fame in Charlotte. They have fascinating exhibits to explore during the visit. The group may also participate in a group tour. There are other special events offered during the year. The NASCAR Hall of Fame was opened on May 11, 2010 and was established to honor the history and heritage of NASCAR. There is a 278-seat state-of-the-art theater, the Buffalo Wings Restaurant, and the Gear Shop for visitors to enjoy. One of the interesting exhibits is known as Glory Road. The exhibit highlights 40 current and historic tracks and showcases 18 historic cars. There are cars such as the 1952 Hudson, the 1957 Chevy, the 1961 Starliner, and the 1966 Fairlane. The driver of the Chevy was Buck Baker who was inducted in the Hall of Fame in 2013. Another exhibit area is known as Heritage Speedway. The group can explore authentic artifacts and educational films that depict the six-decade history of NASCAR. The group can take a tour which is known as the Racing Insiders Tour. During the experience, visitors will have the opportunity to get a behind-the-scenes look at the racing community in the Charlotte area. You will begin the tour exploring the history and heritage of NASCAR at the NASCAR Hall of Fame. After that, the group will climb aboard a motor coach and will be taken to visit race shops along with other local racing attractions. Guests will visit places such as Joe Gibbs Racing, Pensk Racing, Michael Waltrip Racing, and Stewart Haas Racing.
Share this: