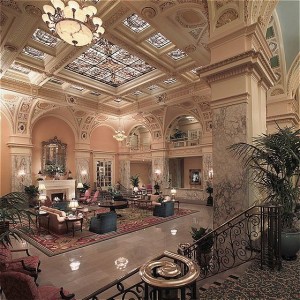 Groups on Nashville holiday will enjoy exploring this renowned Tennessee plantation, once the home of Andrew and Rachel Jackson. Some years after moving with his wife into the “Indian-fortified” two story log farmhouse he purchased from Nathanial Hays in 1804, (which he promptly remodeled to his considerably extravagant tastes and dubbed “Hermitage,”) Jackson enlisted a troop of skilled contractors, carpenters and masons to construct a new, federal-style, two-story brick mansion, as well as brick slave dwellings and a dazzling formal garden for his wife Rachel to enjoy. Today, Andrew Jackson – “Old Hickory” – is not only remembered as a hot tempered Scots-Irish rabble rouser and daring duelist, backwoods attorney, successful merchant, formidable General, the first Governor of Florida, American hero and the only US President to have ever paid off National Debt before departing office, but as a very wealthy and successful plantation owner who had more than 160 slaves working on the farm at the time of his passing. Guests of the meticulously restored and maintained Hermitage Plantation, once Jackson’s refuge from the public eye, are afforded a glimpse of the seventh president’s time on the “farm” (as he called it) where he pursued a most comfortable, self-sufficient existence as well as his life’s passion of raising racehorses. Wonderfully informative and fascinating tours let you study the mansion, wander the beautiful acreage and spectacular gardens, view the enslaved memorials and thousands of slavery-related artifacts and visit what remains of the original historic log home as well as the stately tomb where he and his wife Rachel are buried. Wagon rides and seasonal evening tours are also available.