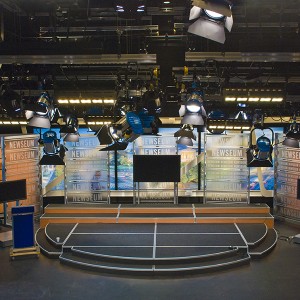 The Newseum is located in Washington, DC. It is known to be one of the top museums to visit while you are in the area. This location contains 14 galleries and 15 4D Theaters. The exhibits feature both historical and current events. Exhibits include but are not limited to the following: : The New York Times—Ochs-Sulzberger Family Great Hall of News, News Corporation News History Gallery, NBC News Interactive News room, the 9/11 Gallery, the Bloomberg Internet, TV and Radio Gallery, and the Pulitzer Prize Photo Gallery. The Bloomberg Gallery features two 25-foot high media walls depicting the evolution of news in the media. The radio was the first form of news that was broadcast. Next was the Television which added images to the stories. The final step in news broadcasting was the internet. These are part of the exhibit and the gallery also has a display devoted to pioneer broadcaster Edward R. Murrow. The 9/11 Gallery explores the horrendous events that occurred on September 11, 2001. It also features front pages from around the globe as well as first-person accounts about the attacks. William Bigart was a photojournalist who lost his life while covering the events and he is featured in the Gallery as well. There are also photos that were taken by Bigart during his final moments on display.