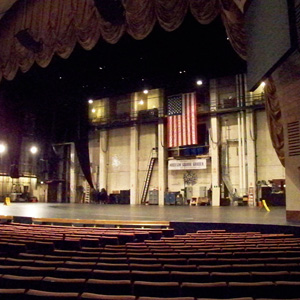 The World’s Most Famous Arena, Madison Square Garden, was built as a multi-purpose arena in the heart of Manhattan. The current building was opened in February of 1968 though several others were built and demolished since the first building in 1879, originally owned by circus magnate P.T. Barnum.

Madison Square Garden is best known as the most famous stadium in the nation, hosting the New York Knicks, the Rangers, and the New York Liberty among other special events. The Garden’s history in hosting sports events are varied and impressive. Tennis matches, WWE and boxing fights, the Harlem Globetrotters, the gymnastics American Cup, and professional bull riding events have been held in this prestigious arena.

Besides sports, concerts, comedy acts, and speakers have taken the stage to perform before nearly 19,000 seats. Michael Jackson, Elvis Presley, and Elton John have performed before a packed stadium while Billy Joel, Shania Twain, Lady Gaga, and Usher continue to wow fans in the stands. In the past, The Garden has held the Democratic National Convention, All-Star games, New York Police Academy graduations, and has even been featured in movies like the 1998 classic Godzilla starring Matthew Broderick.

Take a tour of the arena to get behind-the-scenes information or try the food at The Garden’s Club Bar & Grill.