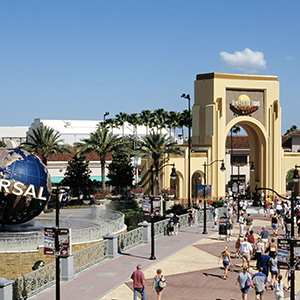 Universal Studios is another entertainment powerhouse in Orlando. Their slogan is, “Where Blockbusters Come to Life,” and you’ll discover it’s true when you visit these actual film and television studios where they feature attractions and actual backlot movie sets from your favorite films. The attractions feature Men in Black, Revenge of the Mummy, the Simpsons, E.T., and more. Through its themed sections you’ll visit New York, Hollywood, San Francisco, and Amity – a little town in New England famous for one very large, very terrifying shark. All this and more make Universal Studios a must-see Orlando attraction.