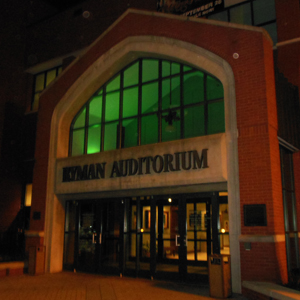 This beloved Music City landmark attraction and live venue with the “best sound in town” was built by riverboat captain and Nashville businessman Thomas Ryman to celebrate his new-found salvation, and debuted in 1892 as the Union Gospel Tabernacle; it was renamed after his death in his honor. The Ryman Auditorium was the home of the Grand Ole Opry from 1943 until 1974, when a larger venue was built at the Opryland USA theme park; a five-foot diameter circle was removed from the old stage floor and inlaid into the center of the new one in an effort to maintain continuity with the Opry’s colorful, storied past. Designated a National Historic Landmark in 2001 and christened Theatre of the Year four times in one decade, the Ryman has appeared in memorable movie scenes over the years and hosted scores of events from community gatherings, political rallies, ballets and operas to popular televised music shows and dazzling theatrical productions; legends like Johnny Cash, Hank Williams and Patsy Cline, distinguished guests like Helen Keller and President Teddy Roosevelt and world-class performers from the Zac Brown Band to ZZ Top have taken the stage at this grand old auditorium, the “Mother Church of Country Music” and “the Birthplace of Bluegrass.”