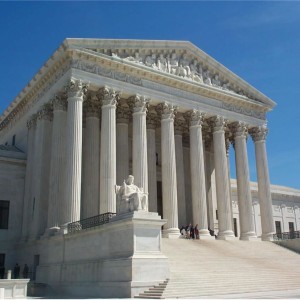 The Supreme Court of the United States is located near the U.S. capitol in Washington, D.C. Visitors can take advantage of programs including lectures given in the courtroom. There is a cafeteria available to the public that serves soups, salads, sandwiches and beverages. The group may also tour the building on their own. The Supreme Court was built from 1931-1935. The first courtroom session was held on Monday October 3, 1935. There are statues of justices made of marble for your viewing pleasure. The design of the Supreme Court was done by Cass Gilbert. The lectures are offered by trained Docents and last for 30 minutes. During this time, visitors of all ages will learn about the judicial functions of the Supreme Courte, history of the Building, and the architecture of the courtroom. The group is also encouraged to explore a variety of exhibitions found on the ground floor of the Supreme Court. They highlight the work of the nation’s highest Court, the lives of individual justices, and the architecture of the building. Current exhibitions include: The Supreme Court building: America’s Temple of Justice, In War and In Peace: The Supreme Court and the Civil War, Sandra Day O’Connor, First Woman Justice on the Supreme Court, The Power of Image: Charles Evans Hughes in Prints, Photographs and Drawings and Capturing Justice: Judicial Portraits by Augustus Saint-Gaudens.