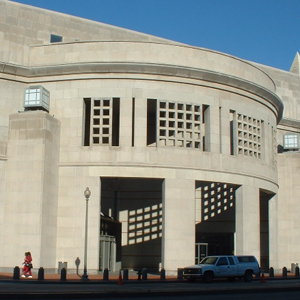 The United States Holocaust Memorial Museum is one of the most memorable and emotional experiences offered in Washington, D.C. The goal of this museum is to not only show the horrors of the Holocaust and what the survivors lived through, but to make sure something of this magnitude never happens again. While visiting this museum, your group will learn about the Holocaust through artifacts, testimonials, and interactive exhibits that show the lives of the children who survived it. Little is left to the imagination when your group sees displays of shoes from Holocaust victims, a freight train like those used to transport Jews, and descriptions of the gas chamber methods. The permanent display is the most memorable for many visitors. At the beginning of this display, visitors are given an “identity card” that provides a photo and information on a person who really lived during the Holocaust. This card details the life of the person and describes their fate. This will make the museum feel personally related to you and make it all the more emotional. Throughout the permanent exhibit, your educational travel group will be shown Nazi propaganda, films of Nazi rallies, recordings of Hitler’s speeches, Nazi political posters, newspaper articles, films of medical experiments, models of death camps, and survivors recounting their personal experiences in the Holocaust. The final part of this exhibit will show the Aftermath of the Holocaust. Mass graves, starving prisoners, and troops entering the German death camps are shown through video display and images. There is even a Remember the Children floor to the museum. This is an immensely emotional and memorable experience for anyone who visits.