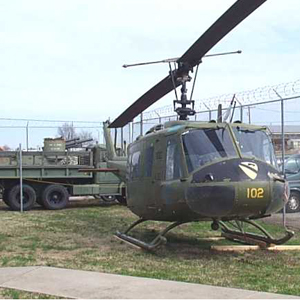 The Veterans Memorial Museum is located in Huntsville, Alabama. The location contains public displays and offers educational programs. The theme in the museum deals with American Military men and women, specifically those individuals who were in World War I and other conflicts. There are various displays for your group to explore. Featured displays include the following: the Oldest Jeep in the World, the AVG 1941-1942, the 1942 Harley WLA Motorcycle, the AH-1 Huey Cobra, the 8th Air Force Briefing Room, and the Greyhound Armored Car. The AH-1 Huey Cobra was in service during the Vietnam War. The docents at the museum are friendly and will answer any questions. The museum contains a library with published written materials. There are also oral and written narratives from the families and veterans. There are several documents from World War II. Do you enjoy looking at Military vehicles? If so, the Veterans Memorial Museum contains a variety of them from various wars. The adult group will find 30 of these historic vehicles on display. There are also interesting artifacts and memorabilia to view dating back to the Revolutionary War. Featured artifacts include: guns, clothing, equipment, and other army artillery. The group will spend hours looking at the interesting vehicles and displays. During your group visit, you will want to take a look at the series of V-Disks. The records were cut after the end of World War II. They were recorded by a group of musicians who were on strike. Featured recordings include the following: HOMESICK THAT’S ALL by Frank Sinatra, IT MIGHT AS WELL BE SPRING by Margaret Whiting, WAIT AND SEE by Johnny Johnston, and I CAN’T BEGIN TO TELL YOU by Harry James. Bring your group to visit this amazing Memorial museum!